The journey of finding your fertility should really start with understanding what it takes to be “fertile”.  I believe fertility is truly a state of wellness where your body has found it’s unique natural balance in order to functional optimally and correctly.

So in order to understand fertility… you need to know what OVULATION is.

My definition of OVULATION is this :

an event that takes place during your menstrual cycle when an ovary releases a mature egg towards the Fallopian tubes where it travels to the uterus; a process during which the egg can be fertilized by sperm

How does this relate to your health??
✨an indicator for hormone production (requires hormone balance in order to occur)
✨can be affected by stress (external (i.e. trauma) or internal (i.e. psychological, sickness))
✨highly influenced by diet and lifestyle factors (food, supplements, exercise, sleep, stress management)
✨plays a role in the cyclical nature of our bodies (like melatonin & circadian rhythm)
✨is required to occur in order to get pregnant (you can’t get preggo if your not ovulating)

How does ovulation happen? Here’s the nitty gritty of what’s going on down there:

Every month, after you have your period, your body goes through the process of gathering egg follicles in your ovaries, and preparing a set of them for potential ovulation.  Within a set of chosen follicles, there is usually one egg which becomes the “dominant follicle”, or the one with the greatest chance of creating an baby.  As our bodies begin to produce increasing amounts of luteinizing hormone, the ovary is signaled to release the egg, sending it towards the Fallopian tubes where it then travels to the uterus. The act of an egg being release from the ovary IS ovulation. It is during this time that a sperm candidate that has traveled through the cervical mucus and into the uterus has the chance to fertilize the egg, initiating it’s development. If an egg is not fertlized, the lining of the uterus will shed and bring your menstrual bleed

The main hormones involved in ovulation include:

Progesterone – produced from the corpus luteum (the outer layer of an egg) after it has been released from an ovary; rises after ovulation and generally tapers down if fertilization doesn’t occur, initiating your period

Although there are many more hormones that are required in order to make sure these events can take place and function at their optimal level in order to get the job done right.

Due to our current lifestyles and environmental factors, we are exposed to influences every day that could potentially effect the timing of ovulation, or the occurrence of it happening at all.  Some of these factors include:

-use of hormonal contraceptives (birth control)

Now that you know a little bit more about what ovulation is, what goes in to it’s happening, and factors that can affect it, what other questions do you have about it??? Let me know in the comments! 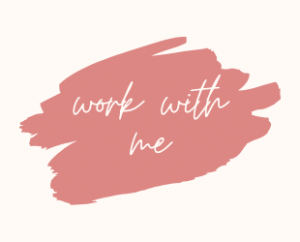